So ladies, I am going to let you in on a little secret…

Talking to guys is all about confidence.

If I were to get mathematical about it, I’d say it’s around 70% confidence and 30% conversation content.

Now, don’t get me wrong. 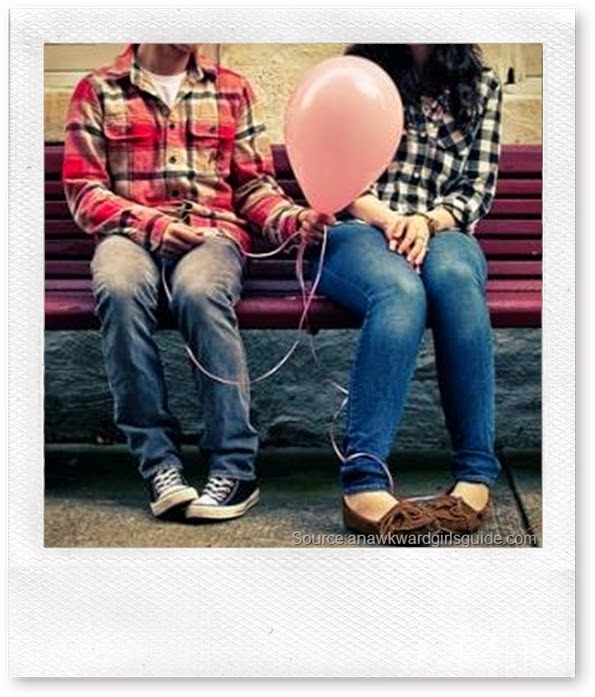 Confidence can sometimes be misconstrued as yabang.

When I say confidence, I allude to the sense you get when you’re completely comfortable with yourself.

When you know who you are, accept your strengths and limitations, and love yourself for it, only then will you exude a natural, effortless, almost celebrity-like confidence.

In short, it’s really about being yourself.

You may be asking, “So if talking to boys is 70%confidence and 30% content, what is the point of reading this article?”

You’ve still got to have the substance to back it up.  There are appropriate things to talk about and topics you should avoid, whether he’s a guy you just met or someone you’ve known your whole life.

The Scene:  You’re at a party and your wandering eye spots a guy-target who piques your interest.  You may have had your eye on him for a while now, but you haven’t communicated in any way, shape, or form.   What’s the game plan now?
The Score:  First of all, welcome to the 21st century – a magical time when girls can do anything guys can do, including start a conversation with a guy you sorta-kinda like.

Really, ladies, there’s no longer any reason to hide behind your abanikos and give the guys signals with your hankies like they did in the old days.

Just go and talk to him.

What to talk about:  Hey, you just met the guy.  Keep it simple.  Get to know him by asking about things you might have in common.  Friends, school, hobbies, and the like are all relatively safe topics that will lead to a plethora of other potential topics. Also, try to make it a memorable conversation.  Crack a joke or share a funny anecdote – it will stick out in his memory.

The Scene:  So you’ve broken out of “mere acquaintance” bracket and have now established yourself as one of his reliable pals.

At this stage, you’ll most probably be hanging out as a group, either with common friends or with each other’s group of friends.  What topics should you bring up now?

The Score: Ah, friendship – a nursery of latent romance.  But be wary!

Just stick to being yourself, have confidence, and all will be well.

Casual chatter is all well and good, but it’s time to delve a bit deeper into what makes him who he is.  Ask him about his thoughts on certain topics that interest you, like music, sports.  He is bound to have an opinion, and while you might disagree with some of them, keep an open mind – what we’re after here is a discussion.

READ:  5 Simple Rules For Dating My Teenage Me

Hanging out with a group eases any sort of tension or pressure as your friends and his friends act as buffers for any sort of awkwardness that may arise as you learn more bout each other’s personalities.

The Scene:  You’ve gotten to the point where you know a lot more about each other, and you like each other enough to go on a date.

That must mean things are going well.  You have a reasonable grasp of each other’s character, so it’s safe to assume you get along and are both adequately interested in each other.  Perhaps you can even feel sparks fly whenever he’s around – and you’re pretty sure he feels them too!

The Score:  You’ve probably achieved a certain level of comfort around each other so just let the conversation flow.

“Don’t try to force anything” applies here as well.  In a one-on-one situation, it becomes painfully apparent if you’re trying to be someone else or doing something that is not natural for you.

So just keep it real and you’ll be fine.

What to talk about:  Going on a date should be like hanging out with a friend, only this time with subtle romantic undertones.  So the conversation should flow as such.  You can ask about his previous girlfriends just as long as you are prepared to share yours.

Keep it light and fun (you don’t want to scare him off), but also use this time to get a deeper insight into his views regarding love and romance.  His dating history is usually a good indicator of what the future holds for you guys.

The Score:  You shouldn’t need any more advice about how to talk to this guy.  Just open up and tell him what’s on your mind.  The fact that you’re a couple means he appreciates you for who you are and talking to him should be the easiest, most natural thing in the world.

What to talk about:  You should not want to stop talking, sharing, and laughing with this guy.  There are no right or wrong topics to discuss with your significant other.  The beauty of being in a relationship is having someone you can talk to about anything, whether it’s the random things that happened in your day, your annoying seatmate, your biggest fears, or your secret wishes and dreams.