Home » Beauty » CAN MILK CAUSE ACNE AND WHY YOUR DIET CAN BE CAUSING YOUR ACNE
Note: At no cost to YOU, I use affiliate links in my posts to generate income.
Learn how this blog makes money
And how YOU can do it, too!

Ask any medical doctor if there is a connection between diet and acne and almost all of them will claim there is none.

Quoting from the Journal of the American Medical Association: “Diet plays no role in acne treatment in most patients…even large amounts of certain foods have not clinically exacerbated acne”. 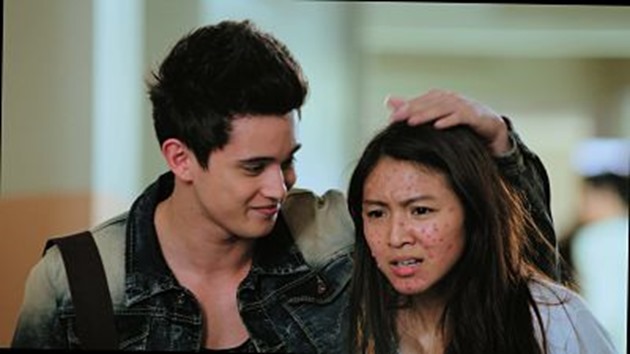 With years of medical education and clinical experience behind these claims, how can we the simple folks who suffer from acne challenge these statements and think otherwise?

The answer is: doubt.

Doubt, if its stays in the borders of reason, can open many doors otherwise will stay forever shut.

Believe it or not, doubt can change reality. Doubt can cure your acne and doubt can even save your life.

Fact is, countless of acne sufferers have reported that their acne seemed to get worse when they consumed certain foods and saw dramatic positive change over their acne condition when they eliminated the same foods from their diet and when certain foods with specific nutritional value were incorporated into their diet.

So why do dermatologists so stubbornly insist that diet does not cause acne?

The answer: you can’t make a profit promoting a healthy diet. At least not as much money as you could make by selling drugs and over the counters. There is a huge pressure upon doctors coming from the drug and pharmaceutical companies to prescribe expensive medications and lotions that create dependency.

The truth is, that your doctor is in a way, a hostage by the trillion dollar drug companies.

Did you know that the drug companies, who have no interest in producing something that they cannot control financially, sponsor most medical schools?

The right diet, although not a solution by itself, can, in many cases, dramatically reduce inflammation and even completely clear one’s acne (if you’re one of the lucky ones who’s acne is triggered by allergic response to food).

The Theory That Diet Doesn’t Cause Acne Is A Myth

The dogmatic theory that diet does not cause acne and that acne is merely an incurable genetic disorder was based upon two dated researches published in 1969 and 1971 that were aimed at studying the connection between diet and acne. These studies were the foundation of the ‘acne symptoms treatment strategy’, meaning, because acne is a genetic disease that cannot be prevented, the only way to deal with acne would be to tackle its symptoms (bacteria, inflammation, puss, redness, greasiness), by applying creams, antibiotics, taking prescription drugs and over the counters. Surprisingly enough, years after the above studies were published, clinical trials and in depth researches experimenting the acne diet link have found that the studies from 1969 and 1971 had came to the wrong conclusions and were in fact seriously flawed. Recent studies have clearly found a significant connection between diet and acne. It appears that the wrong diet is now thought to be one of the leading acne contributing factors that can negatively affect hormonal regulation and the natural process of toxic elimination, which can seriously aggravate one’s existing acne.

Diet Shapes Who You Are (Including Your Acne)

In the same way that crashing waves shape beach cliffs and just like the wind shapes the canyon walls, slowly and methodically over time, so does eating shapes and effects our physic, our internal system, our physical and mental being, from the organ down to the cellular level. The idea that an object foreign to our body that is inserted by the food that we eat, has no effect on us, or has no impact on chronic conditions such as acne is absurd. Diet is the primary thing that affects and shapes who we are. Diet has cumulative effect on our bodies, and that includes our skin condition and acne, which is a manifestation of a chronic internal problem slowly shaped and built by the wrong daily dietary choices over the years.

READ:  Is Your Skin Stressed Out?

Acne Diet and The Kitavan Islanders

While in the U.S, more than 80% of teenagers between 16 and 18 have acne and more than 17 million Americans suffer from some form of acne, there is an interesting evidence that native people that live and eat in traditional ways, have significantly lower to no occurrences of acne. In 2002, Dr. Cordain and his colleagues published a landmark study that examined 300 people living in the Kitavan Islands off the coast of Papua New Guinea that showed that none of the islanders had even one blemish on his or her face. Similar to the Kitavans, no case of acne had been observed when the same experiment had been conducted upon the South American Indians called the Ache, living in a remote jungle in eastern Paraguay. The natives of Kitavan and the South American Indians had no access to the latest over the counters, topical creams or conventional acne medications and they had no dermatologist to consult with. The only vast difference between them and American or European citizens is their diet.

Aside from the fact that sugar is a 100% pure chemical with zero nutritional value, recent studies have clearly shown a connection between the consumption of sugar and the aggravation of acne. When you consume any form of refined carbohydrates (white sugar, white flour, white rice) here’s what happens: right after you insert that ‘sweet poison’ into your body, it rapidly spikes up your blood sugar levels. Your body needs to bring those levels down so it secrets a surge of insulin, other male hormones and an insulin-like growth factor called IGF-1. The excretion of these hormones overwhelms your liver and your internal system in general. The excess of male hormones encourages the skin to excrete large amounts of sebum oil: The greasy substance that encourages the p.acne bacteria to grow, resulting in the aggravation of your acne.

Acne Diet and Dairy Products: Got Milk? Got Acne

If you thought sugar can aggravate your acne, here’s another major nutritional player in the formation of acne: behold the miracles of milk. Milk (all dairy products included) is the most harmful, mucus forming, allergenic and acne aggravating food you can find. Surprised? I thought so. After years of constant brainwashing by the media, who can blame us for thinking milk is good for strong bones and healthy teeth? The truth is: every sip of milk contains 59 different raging hormones, (which trigger the hyper-production of sebum oil resulting in more acne), saturated animal fat, steroid hormones, dead white blood cells, and cow pus in abundance! Did you know that the Food and Drug Administration (FDA) allows 750 million pus cells in every liter of milk (about two pounds) produced in America? Think about it, the next time you pop a pimple. Scientific studies already point the finger at milk as one of the worst acne aggravating foods: “As pointed out by Dr. Jerome Fisher, ‘About 80 percent of cows that are giving milk are pregnant and are throwing off hormones continuously.’ Progesterone breaks down into androgens, which have been implicated as a factor in the development of acne…Dr. Fisher observed that his teenage acne patients improved as soon as the milk drinking stopped.” If there’s one element you should remove from your diet in the quest for clear skin make it this one. Not only will you see an immediate improvement over your acne, you’ll feel a huge weight has been lifted from your body. If you worry about calcium intake, don’t! Milk being acidic forming food creates a leeching effect where calcium is taken from your bones to balance the acidity. Milk actually deprives your body from its calcium resources. Green leafy vegetables, nuts and seeds are not only excellent sources of calcium they also have the powers to help you fight your acne symptoms.

Diet Is Only One of The Factors That Cause Acne

Dairy products and sugar are not the only acne aggravating foods. The two above cannot sum up the list of western made acne triggering foods. There are several other foods you should clearly stay away from if you ever wish to clear your acne. The good new is that there are tons of other foods such as essential fatty acids that are not only excellent for your skin, they can actually help you clear your acne, by re-balancing your body and promoting to an acne-free environment. The right nutrition plays an important part in the complex process of acne formation. When doctors claim there is no link between diet and acne because certain individuals can eat specific foods and get acne while others eat the same foods and don’t, these doctors have failed to realize that there are several factors involved in the formation and aggravation of acne and diet is only ONE of them.

The Final Verdict On The Acne Diet Connection: How To Finally Overcome Your Acne Challenge

Acne is a complex condition that is triggered by several underlying factors. The only way to neutralize your acne condition is to tackle all these acne-contributing factors-holistically. Since the wrong diet is only one of these acne-triggering factors, in most cases no special diet can cure acne. There is a however, a tight connection between diet and acne formation. Dietary factors can trigger and aggravate your existing acne. Avoiding the wrong foods such as milk, sugar and hydrogenated oils, and eating cleansing and hormonal balancing foods such as green leafy vegetables and essential fatty acids, can help your skin heal itself from the inside out and dramatically reduce your acne symptoms. There are also several important dietary principals that you must understand and follow if you ever want to cure your acne for good. Taking responsibility over your body and adhering to these dietary principals along with taking the necessary steps to tackle all acne contributing factors, holistically, will not only cure your acne permanently and give you the flawless acne free skin you deserve, following these principals will also significantly improve your overall health, mental well-being, look and feel.

Mike Walden is a certified nutritionist, independent medical researcher, natural health consultant and author of the #1 best-selling e-book, “Acne No More- Open The Door To An Acne Free Life.” Mike has written dozens of holistic health articles and has been featured in ezines and print magazines, as well as on hundreds of websites worldwide. For information on Mike’s Holistic Clear Skin program, visit The Secrets to Curing Your Acne Holistically.


Are you TOTALLY READY for a lifestyle change?This book may just help you!

« When Your Friends Tease You #OnBeingSingle
If You Love Pizza, You Will Love This! »

In the past few days, I’ve been craving ramen. N

When life gives you rainy days, wear cute boots an

Calm her chaos, but never silence her storm. ✨

There’s something peaceful yet daunting about th

Uh, no one. Because walamporeber. 🤣✌🏻

Error: API requests are being delayed for this account. New posts will not be retrieved. If You Love Pizza, You Will Love This!
**This post contains affiliate links and I will be…